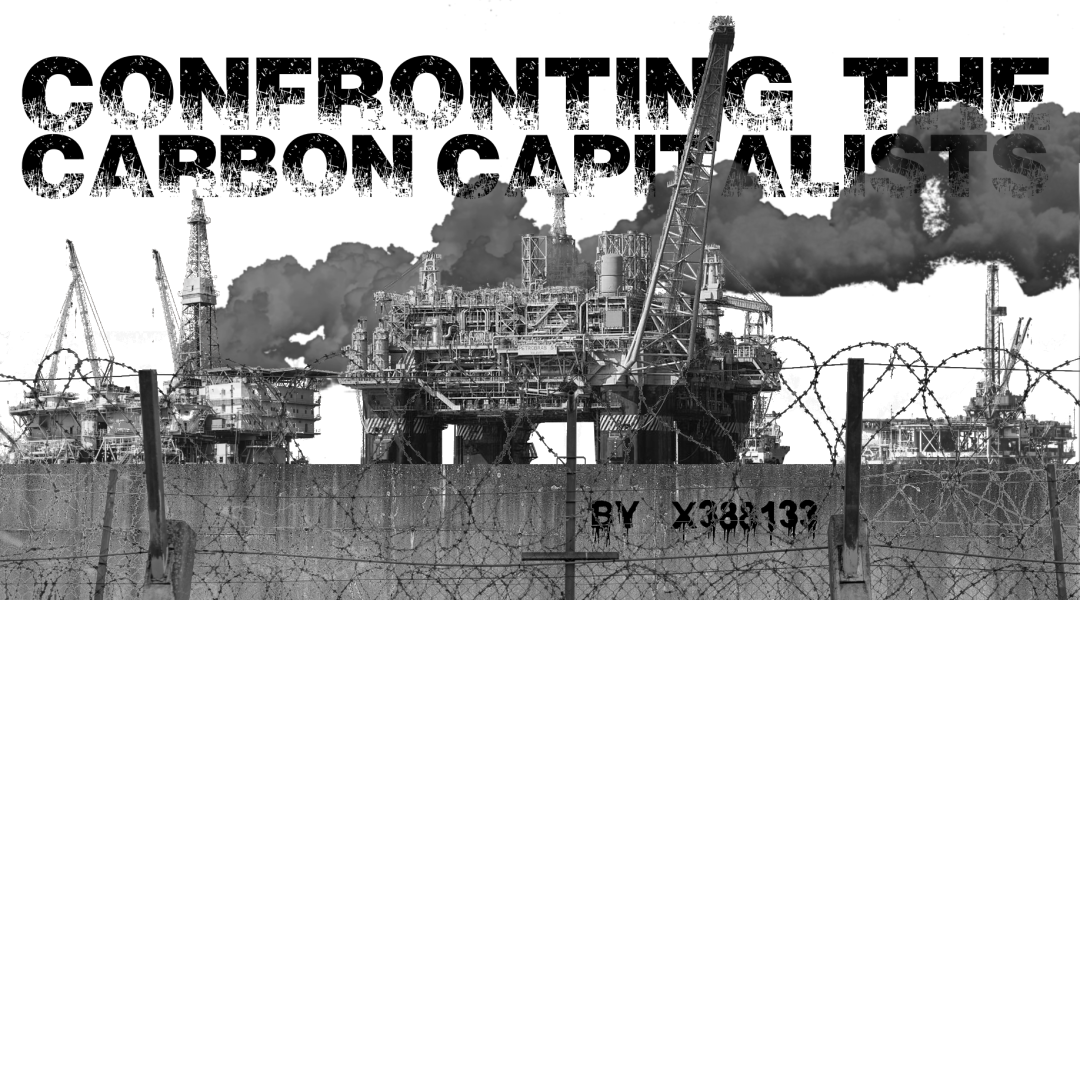 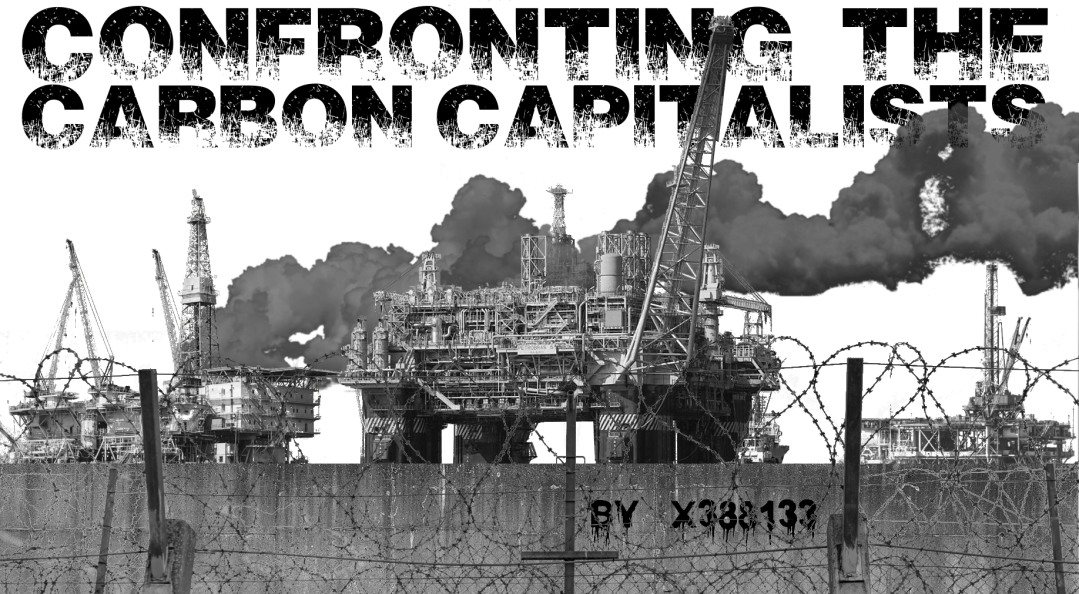 Last summer brought another record wildfire season to the Pacific Northwest. Smoky air from fires in the region caused hellish air quality around the entire Northern Hemisphere. The causes of the forest fires and the destruction of our forest ecosystem generally are incontrovertible. Over one hundred years of fossil-fueled capitalist development and hundreds of years of violent colonial oppression–of people and the biological world–have driven the Earth to the brink. Northwest forests, once some of the most biodiverse regions on Earth, have been clear-cut and laden with biocides. Complex interrelationships have been smashed with saws and machinery to make way for monoculture “working forests” devoid of biodiversity. Decades of fire suppression by the Forest Service on behalf of timber companies have left trees to grow on each other like matchsticks waiting to be lit.

In the face of all of this, liberals, true to form, have resorted to self-flagellation and hand-wringing. The New York Times Magazine’s recent piece, “Losing Earth: The Decade We Almost Stopped Climate Change” by Nathaniel Rich, places the blame of climate change and ecocide squarely at the foot of an undefined human nature. The author mostly chronicles failed climate negotiations between nation-states at the United Nations.
In his telling, we were so close to breakthroughs, but then greedy human nature stopped everything. Our collective desire for more stuff led to the failure of negotiations being made in good faith between nations. There is no other possible direction for history to have unfolded. Or so the story goes.

International diplomacy’s climate failures are a failure of all humans in the eyes of the liberal elite like Rich. That a nation-state would act counter to the will of its subjects is unthinkable to the privileged classes.

The victims of colonialism and capitalism have always known otherwise.
At the same time “human nature” was failing to protect the earth in UN meeting halls, working-class people were mobilizing against extractive industry in Northern California and being targeted for assassination. Indigenous peoples around the world were suffering from state violence for fighting against the very oil drilling that state officials said they were trying to curb. Everywhere the triplet monsters–capitalism, colonialism, and patriarchy–tread, organized resistance by the oppressed fought back. Contrary to the pearl-clutching lament that “human nature led to this,” water protectors, land defenders, and workers have laid their bodies in front of the machinery of extractive capitalism countless times. And this is nothing new.

Andreas Malm’s recent book, Fossil Capital: The Rise of Steam Power and the Roots of Global Warming, lays bare the earliest history of the carbon economy. He chronicles the rise of the coal economy in the British textile industry–an industry that was previously powered by a combination of water and exploited human labor. Huge public works schemes built elaborate reservoirs and channels to power the mills with the water in Britain’s rivers, but then, like today, industrial production used only a small fraction of this renewable energy. Almost none of the massive water power projects came close to reaching capacity.

Cotton bosses found that workers at the mostly countryside mill towns could easily organize strikes and work stoppages to win demands. Bosses responded by shifting to coal-fired steam engines located in cities and towns. There, freed from the rivers’ constraints and supplied with increasing numbers of dispossessed workers, cotton bosses learned that fossil energy was one of the ultimate means of power over workers–the power that mattered most to them.

The new coal-powered production led to new forms of labor insurrection: militant unions, Chartism, and other revolutionary movements. One notable action mentioned in Fossil Capital is the 1842 General Strike, also called the Plug Plot Riots; workers and community members marched through towns pulling boilers’ plugs to quench the coal fires, smashed coal-powered machinery, and shut down coal mines. It was, in effect, one of the first mass direct action and sabotage campaigns targeting the fossil fuel economy.

Of course, labor and ecological exploitation has remained vast and systemic since then, and the story is always the same: colonize a population, use violence to break them from their land and means of subsistence, extract fossil capital, then move on and leave the decimated landscape to the locals.

A recent example of this strategy is happening now. Fossil capitalists and their cronies in the colonial Canadian and American states have inundated the Pacific Northwest with proposals to punch pipelines, oil trains, and other infrastructure through already decimated lands. Most have been defeated, but some are dangerously close to completion. The Kinder Morgan TransMountain pipeline expansion through British Columbia, recently purchased by the Canadian federal government after months of militant direct action delayed construction, would triple the amount of tar sands moving through the Salish Sea.

The fiercest resistance to these plans has come from the frontlines: Indigenous communities, and Indigenous women in particular. Whether they will succeed in this particular battle isn’t clear, but if we want to permanently end this war on the environment and live in harmony with the Earth, we must end capitalism. As Fellow Workers, Wobblies, and caretakers of our verdant (for now) planet, it is our historic mission to do just that. And in order to be successful we must join with our Indigenous and colonized comrades to confront carbon capitalism and learn what it means to be in harmony each other and with the Earth.

[This post was originally published in the fourth issue of the Seattle Worker, available now!]