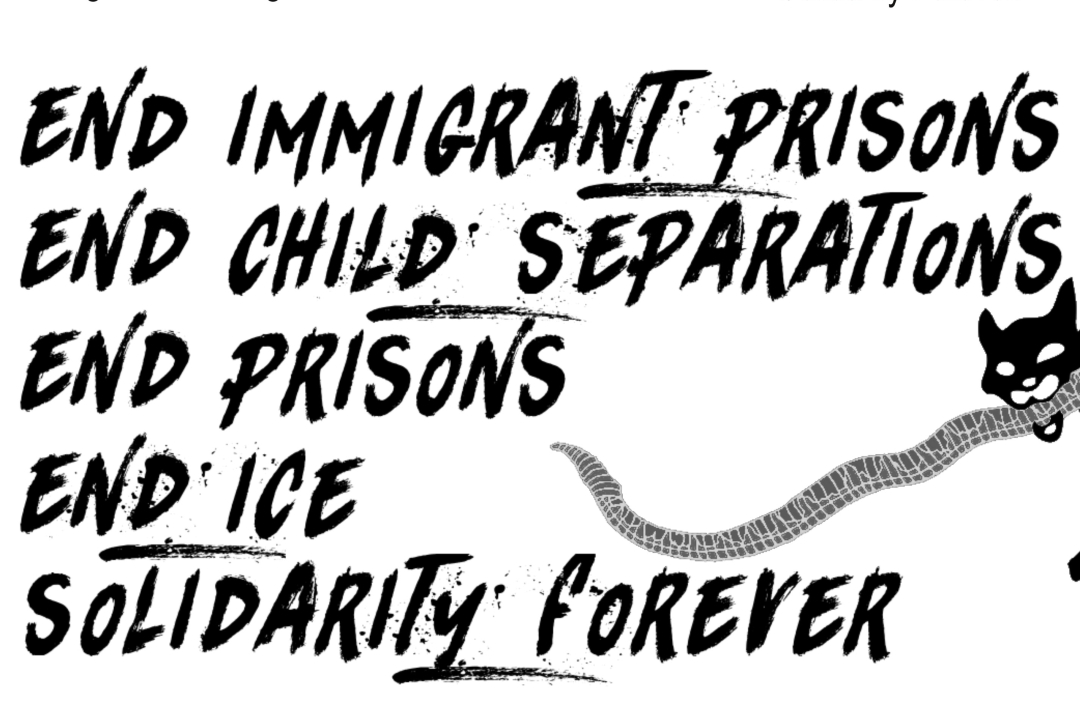 By the time Seattle Worker goes to press, news about our new normal, the thousands of children kidnapped by US border guards from the arms of their parents, will be several weeks old. But right now it’s fresh in our minds, a raw wound, a reminder that human cruelty can always go one step farther today than it did yesterday.

Unless we stop it.

Barbarity has been part of the US government since the beginning, since slavery, since the Japanese internment, since the seizure of Native American children from their parents. We keep thinking we’ve moved past it and learned never to do it again. And we’re wrong. It’s built into the fabric of capitalism and until we take down capitalism it will keep happening.

Yesterday’s cruelty was imprisoning immigrant families together but for a limited time. Right now in the US, prolonged imprisonment of immigrant children is against the law. As part of something called the Flores Settlement, children cannot be “detained” for more than twenty days, which makes family-­based concentration camps illegal.
Today’s cruelty is warping the intent of the Flores Settlement in an effort to get rid of it entirely. This is a new and unique kind of nightmare. Border guards did not even bother to maintain a paper trail between parent and child, no matter how young the child-­­nobody does that to somebody they consider to be a human being. Also chilling: any number of things can happen to a child the government doesn’t keep track of and cares nothing for: prostitution, death due to neglect. Some of the children go into so-­called foster care facilities, run by private corporations that profit off them.

Is our future going to be more of the same, if not worse, or can we manage a 180 degree reversal? What would it truly take to reunite and free all these families?

The IWW has answers. We have a unique perspective on the rights of migrants to travel freely, not only as a human rights issue but also as a worker issue. We don’t respect
national borders. Our goal is to organize as a class, across divisions of geography, race, gender identity, religion, ability, and the like, to recognize “divide and conquer” tactics and stand strong against them.

We know that the working class already holds the power to stop these inhumanities, if only we’re kind and courageous enough to exercise it. Our tools are solidarity and the
principle that “an injury to one is an injury to all.” Our power is the ability to withhold our labor from the ruling class.

“But what about the immigration problem?” That’s the question I hear even from well­meaning people who are shocked by the atrocity of ripping a child from their parent. Sure, we want to help people, but how do we protect our borders? Why can’t we have a kinder, gentler way to stop immigration, like ankle bracelets?

Why are we even talking about an “immigration problem” in the first place? Why exactly do we care about the Mexico-US border but not, for example, the California/Oregon/Washington borders? Why haven’t we posted guards there and built walls?

It comes down to white panic about brown people.

The IWW doesn’t recognize divisions of race as legitimate. We are all one class. Our goal is to build solidarity, organize, unionize, seize the means of production for the working class, destroy capitalism, and, from there, build a better world.

[This article was originally published in the June-July 2018 Seattle Worker. You can read the full issue here.]