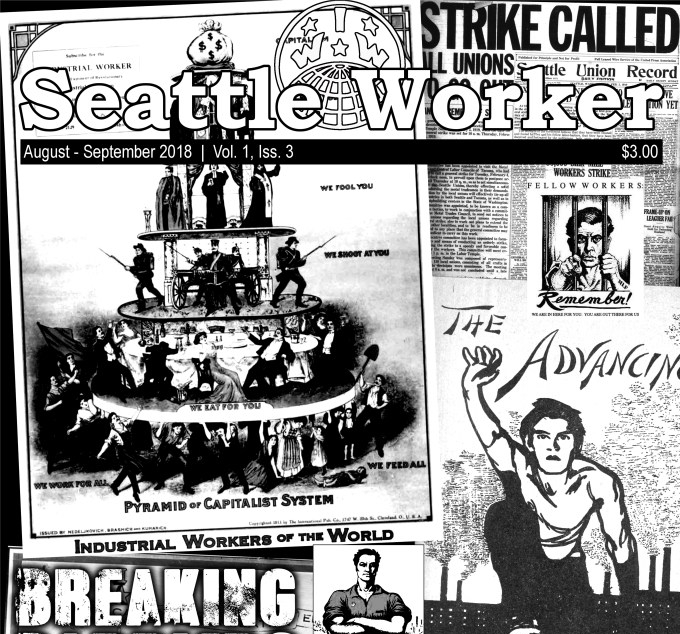 In early April of this year, Google workers went public with a petition against an artificial intelligence project they’d learned was slated to be used in military drones. Over 4,000 workers had already signed onto the letter that begins, “We believe that Google should not be in the business of war,” and ends with the demand that the company cancel the contract with the Pentagon. Worker organizers reported to the media that at least 13 of their fellow employees had quit their jobs in protest. Google placated, justified, minimized — and eventually gave in, announcing two months later that they wouldn’t renew the contract. Soon after, as ICE’s policy of family separations became big news, workers at Microsoft published their own letter demanding that the company cancel its $19 million contract with the agency:

“As the people who build the technologies that Microsoft profits from, we refuse to be complicit. We are part of a growing movement, comprised of many across the industry who recognize the grave responsibility that those creating powerful technology have to ensure what they build is used for good, and not for harm.”
Just days later, Amazon workers followed suit with their own petition against Palantir, a surveillance contractor that hosts ICE’s database of immigrants on Amazon’s servers, and Amazon’s recently exposed practice of marketing and selling their facial recognition tool to police departments:

“Technology like ours is playing an increasingly critical role across many sectors of society. What is clear to us is that our development and sales practices have yet to acknowledge the obligation that comes with this. Focusing solely on shareholder value is a race to the bottom, and one that we will not participate in.
“We refuse to build the platform that powers ICE, and we refuse to contribute to tools that violate human rights.”

This movement has been reported by the mainstream media and tech press as worker “dissent,” “activism,” and “an uprising.” It can and should also be understood as the the next wave of worker organizing in an industry where business unions have long failed to gain traction.

Tech workers have tried to join bureaucratic unions several times before. A minority branch of Communications Workers of America (CWA) at IBM at one time had 400 dues paying members in the US but shut down in 2016 after almost two decades. WashTech, which formed in 1998 to organize Microsoft contractors with CWA, never reached a critical mass and is now primarily a protectionist advocacy organization that fights offshoring of tech work. Most recently, when software workers at startup Lanetix won a nearly unanimous card check to join CWA in January, the company suddenly “laid off” their entire 14-person department. The workers’ NLRB complaint is still ongoing.

Software engineers who make six figures straight out of an undergraduate degree might seem too content to organize. But concerns about punishingly long work hours, the two-tiered system of salaried employees and contractors, surveillance and lack of autonomy in the workplace, identity-based harassment and discrimination, and capricious discipline are rampant. Many other tech workers I talk to want to work somewhere that prioritizes people over profits, where they can work for the social good rather than the bottom line. These new campaigns are the first stirrings of their realization that finding a “better” job at a “better” company can’t bring them that. Only organizing with their coworkers can.

A persistent problem in organizing tech workplaces is the muddying of the line between the working class and the employing class. Line managers typically have authority over only 5 to 10 workers and most spend time as rank-and-file workers before graduating to management. The class background shared by CEOs and their workers makes it easier for workers to see themselves not as an oppressed proletariat but temporarily embarrassed founders (apologies to Steinbeck).

So why have police and military contracting agitated workers when so many other concerns have not? It is because those issues finally make clear the gulf between what corporations say and what they do, and seeing that gulf sets workers on the path to understanding that appealing to their management’s personal ethics doesn’t get results. Neither do external advocacy campaigns like the ACLU’s petition against Amazon’s facial recognition. Workers have power at the point of production, and some small groups of tech workers have extraordinary structural power in their workplaces. All we need is organization and the will to take militant action.

It’s too early to know what the future holds for worker organizing in the tech industry. But workers fighting together to get a demand met is a potentially transformative experience for the workers involved. Technology doesn’t spring like Athena fully formed from the head of capital into the workplaces where it surveils, intensifies, and automates work. It’s built by people who are workers themselves. What could we win if Uber programmers stand with drivers, if Amazon programmers stand with warehouse workers?

[Originally published in issue 3 of the Seattle Worker]