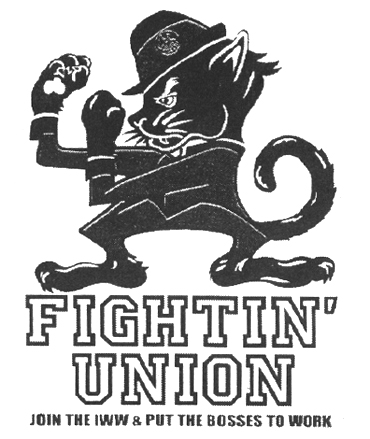 Thank you to everyone who participated! Our phone zap completely paralyzed the phone communications at GCI. By noon in Boston, the obviously frustrated executives of GCI had turned off their phones and were sending calls straight to voicemail. But 3pm, calls were so frequent that few people could get through the constant busy signals.

One IU650 member commented that, “it was a super successful action, and I want to thank y’all for helping.”

Now we will see what GCI decides to do about honoring the union contract and paying its workers and, now that they’ve witnessed what union power can do, we hope today’s phone zap sent a clear message.

In support of our fellow workers in IU650 at Grassroots Campaigns, Inc., we are calling on all Wobblies to participate in a phone zap of GCI’s headquarters.

In March of this year, GCI’s Seattle Director and members of IU650 at GCI signed and ratified a union contract. In the contract, the workers were guaranteed a number of paid holidays, including May 1 (International Workers Day). GCI has since violated the contract, and the workers were not paid for that holiday.

Here are the numbers to call and emails to bombard.

I am calling about the unionized workers at the Seattle branch of GCI. I understand that they signed a contract with the Seattle Director and in that contract, they were guaranteed some paid holidays. It has come to my attention that the workers were not paid for May 1st or “May Day,” which was specified in their contract. I demand that they be paid according to the contract that was signed between the union and your company.

I also want to remind you that GCI has a financial and legal obligation to honor the contract that was signed by your company and the workers.

There is no good reason why you should not honor the contract. Your company’s representative engaged in contract negotiations, this contract is the result, and now your company has to live up to it.

Pay the workers now. Thank you for your time.

One thought on “Phone Zap of Grassroots Campaigns, May 18 (Updated)”